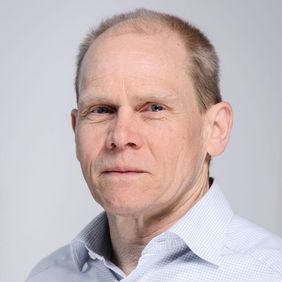 UniSysCat group leader Prof. Robert Bittl, an experimental physicist at Freie Universität Berlin, will receive over two million euros through an ERC Synergy Grant from the European Research Council (ERC) as part of a joint international research project. Together with four other international researchers, their project “Chirality and Spin Selectivity in Electron Transfer Processes: From Quantum Detection to Quantum Enabled Technologies – CASTLe” will receive funding of almost nine million euros in total.

Robert Bittl is an experimental physicist and expert in electron paramagnetic resonance (EPR) spectroscopy and spin dynamics in biophysics as well as light energy conversion materials. He earned a doctorate in theoretical physics at Technische Universität München and was a postdoctoral researcher at the University of Illinois and University of Stuttgart. He was awarded his postdoctoral university instruction qualifications in physical chemistry at Technische Universität Berlin and has been a professor of experimental physics at Freie Universität Berlin since 2001. Bittl’s working group at Freie Universität Berlin applies methods from EPR spectroscopy to questions from fields as diverse as medical physics, molecular biophysics, and solid-state physics. He is involved as a group leader in the research Units B, C and E UniSysCat, working on the development and application of new methods to study biological systems, e.g., photosystems.

The project that will be funded through the ERC Synergy Grant will focus on chirality (“handedness”), an extremely important property in physics and chemistry: It appears in elementary particles like photons as well as in the basic building blocks of the body (such as amino acids and sugars). Many molecules are “chiral” and often display a preferred chirality in nature. “Recently it has been observed that transporting electrons through chiral molecules between two electrodes results in a clear preferred direction for the electrons’ intrinsic angular momentum (spin) in relation to the direction of transport,” explains Bittl. “Because this effect takes place even at room temperature, it could be useful in different applications.” This effect of spin polarization is called “chirality-induced spin selectivity” (CISS). The spin polarization that can be achieved in this manner can be used to initialize quantum bits, for example. The long-term goal of the CASTLe research project is to transform the CISS effect from a phenomenon that is not yet fully understood to a platform for developing applications in quantum technology, such as quantum computers and quantum sensors.