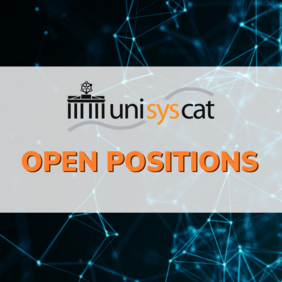 UniSysCat is an interdisciplinary research network working jointly on coupled reactions in biological and chemical catalysis. To master this challenge, our research groups are comprising molecular and structural biologists, biochemists and biophysicists, engineers, materials scientists, (in)organic, physical and theoretical chemists as well as physicists.

A central question of UniSysCat is: What can we learn from nature to use catalysis to make chemistry more sustainable? Therefore, UniSysCat research groups try to learn from enzymes as natural catalysts. They want to understand complex catalysis networks, as they occur for example in cells, and retrace their coupled catalytic reactions. In the next step, UniSysCat is aiming to create and control new (bio)catalytic reaction networks.

Being a Cluster of Excellence, the research of UniSysCat is financed by the Excellence Strategy, a funding programme of the Federal Government and the Länder in Germany to strengthen cutting-edge research at universities.

In the course of the second funding period of UniSysCat, a number of scientific positions have been advertised. Are you interested in working with us? Please find here a list of open positions.