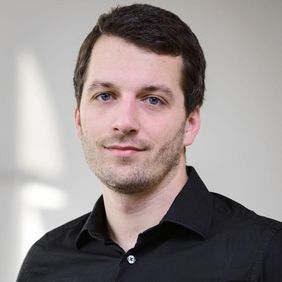 UniSysCat member Bart Pieber has been appointed an Assistant Professor at ISTA, where he will start in June 2023.

Since the beginning of UniSysCat in 2019, Bart Pieber has been part of the team as a group leader conducting research on visible-light photocatalysis. With his research group at the Max Planck Institute of Colloids and Interfaces, he has been contributing to UniSysCat‘s research Unit D „Catalysis with electronically activated molecules“. In 2021, he also joined the executive board of UniSysCat. Now, he has been appointed Assistant Professor at ISTA - Institute of Science and Technology Austria and we warmly congratulate him on this great step in his scientific career!

As Bart says, “being part of UniSysCat is and has been kind of a catalyst for the research in his group and his career.” Some of his most promising and groundbreaking results have come from collaborations with researchers in UniSysCat. And he wants to continue cultivating this network.

Together with his group, the PieberLab, he has been doing research on photocatalytic reactions for years and he will continue on this path at ISTA. The PieberLab wants to unravel the full potential of visible-light photocatalysis as a powerful and sustainable strategy for synthetic organic chemistry by developing new catalysts and methods. A key aspect of their research philosophy is to learn from other areas, such as materials sciences. As is already the case, his team at ISTA will continue to focus on heterogeneous photocatalysis with organic and inorganic semiconductors. Another focus will be the development of photocatalytic methods, in which the wavelength can be used as a parameter to control the reaction result.

Bart Pieber will move to ISTA in June 2023. He is already looking for new, talented team members for his PieberLab at ISTA. While PhD candidates should apply through the ISTA graduate school, postdocs interested in a position at the PieberLab may contact him directly.

Some related highlights of Bart‘s work are listed below.