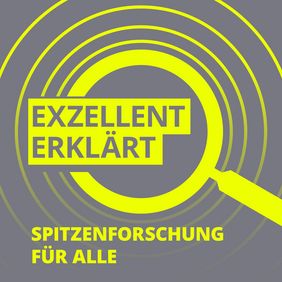 "exzellent erklärt" is the podcast of Germany's clusters of excellence. 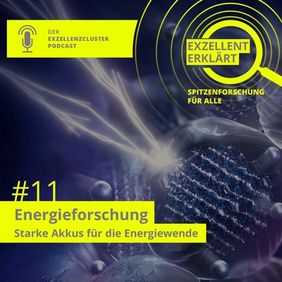 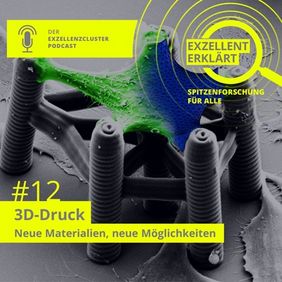 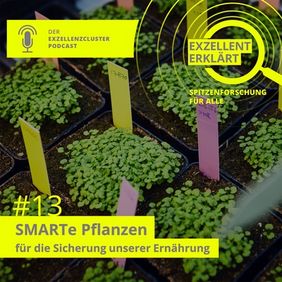 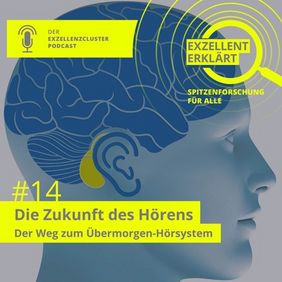 14th episode: The Future of Hearing - The Road to the Day After Tomorrow Hearing System 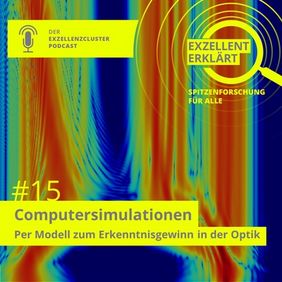 57 Clusters of Excellence - one podcast: "Exzellent erklärt" reports regularly from one of the research networks that are funded as part of Germany's Excellence Strategy. All clusters of excellence share a common motivation: they address important topics of our time, work on unusual questions and conduct research for the society of tomorrow.

Five new episodes of the podcast "exzellent erklärt" were released from May to July. Listen in and follow us!

In 2030, more than ten million electric cars will populate the roads in Germany. And they will all need a powerful, fast-charging and safe battery. How is this to be achieved? In this episode, Prof. Dr. Bettina Lotsch and Sina Stegmaier give an insight into battery research. What are the problems of current batteries? And how could they be solved? The two chemists from the Cluster of Excellence e-conversion also explain how batteries actually work and which materials are needed for a high-performance battery. And they reveal what solid-state batteries are all about, in which the car industry in particular has such high hopes.

The Cluster of Excellence e-conversion is researching the fundamentals of these processes so that both can run more efficiently in the future. e-conversion is made up of around 40 scientists and their groups based at TU München, LMU München and Max Planck Institutes in Stuttgart, Berlin and Mülheim an der Ruhr.

Prof. Jochen Wittbrodt and Prof. Peter Gumbsch both work in the Cluster of Excellence 3D Matter Made to Order (3DMM2O), but in very different research areas. What they have in common is that they are both researching applications in which more precise, faster and more powerful 3D printing opens up new avenues. Jochen Wittbrodt and his doctoral student Christina Schlagheck are researching organoids, artificially produced organ-like cell structures. For example, a retina could one day come out of the 3D printer. Peter Gumbsch is developing metamaterials that have specifically designed properties and could also contribute to sustainability.

In the Cluster of Excellence 3D Matter Made to Order (3DMM2O), scientists from the Karlsruhe Institute of Technology (KIT) and the University of Heidelberg are conducting interdisciplinary research on innovative technologies and materials for digital scalable additive manufacturing processes to make 3D printing more precise, faster and more efficient. The goal is to fully digitise 3D manufacturing and material processing from the molecule to the macrostructure.

The consequences of climate change are endangering our harvests and thus the nutrition of the world's population. How can we breed crops that are high-yielding and healthy, but at the same time withstand increasing heat, drought and disease? Prof. Maria von Korff Schmising and Dr. Markus Stetter are researching this at CEPLAS, Germany's only cluster of excellence in the field of plant research, in Düsseldorf, Jülich and Cologne. As guests on the podcast "Exzellent erklärt - Spitzenforschung für alle" (Excellent Explained - Top Research for Everyone), they report on the advantages of perennial over annual crops and what past domestication of plants teaches us about how to obtain new crops with special nutrients and good adaptation to climate change.

CEPLAS (Cluster of Excellence on Plant Sciences) investigates how plants adapt to changing environmental conditions, how they can colonise almost any habitat on earth and how these findings can be used by agriculture. CEPLAS pools the resources of the Universities of Düsseldorf and Cologne, the Max Planck Institute for Plant Breeding Research and the Research Centre Jülich to form an internationally leading centre for plant research.

Hearing loss is a widespread disease. 15 million people in Germany are affected, and from the age of 70, every second person in Germany has hearing problems. The Cluster of Excellence Hearing4All wants to find a remedy. On the one hand, it is about basic research on individual hearing, on the other hand, it is about better hearing aids and thirdly, it is about solutions so that hearing loss can be diagnosed at an early stage. Connections between hearing loss and dementia are also being investigated, as well as the possibility of operating on cochlear implants in the most minimally invasive way possible.

The goal of Hearing4all is to eliminate the negative impact of hearing loss on individuals by enabling accessible and affordable, efficient and effective technical hearing solutions for all people, in any place and at any time.

In this episode, physicists from the Cluster of Excellence PhoenixD have their say: spokesperson Prof. Dr. Uwe Morgner, Dr. Oliver Melchert and PhD student Stephanie Willms. The three are specialists in the simulation of optical, i.e. light-based phenomena. They use computers to calculate physical laws so precisely that their predictions complement practical experiments and in some cases make them superfluous. This so-called third pillar of science - in addition to experiment and theory - is becoming increasingly important as computing capacities continue to grow.

At PhoenixD, the three researchers are investigating the behaviour of novel materials and processes that can be used to increase the performance of optical technologies. Areas of application include, for example, higher data transmission rates via optical fibres, more precise medical diagnostics using highly focused X-rays or the development of highly sensitive sensors to detect bio-markers such as the protein content in blood.