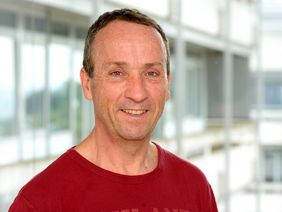 The 15th Gerhard Ertl Lecture Award goes to Prof. Dr. Alec M. Wodtke, Director at the Max Planck Institute (MPI) for Multidisciplinary Sciences and Professor at the Institute for Physical Chemistry at the University of Göttingen. The Award Committee, comprised of jurors Prof. Dr. Joachim Sauer (HU Berlin), Prof. Dr. Matthias Drieß (TU Berlin), Prof. Dr. Eckart Rühl (FU Berlin), as well as the Fritz-Haber-Institut’s Board of Directors and Gerhard Ertl himself, have chosen to honor Prof. Dr. Alec M. Wodkte in recognition of his contributions to improving our understanding of surface chemistry. “He is an international leader in the study of the dynamics of interactions between molecules and surfaces, and I am very pleased that he has won this year's Lecture Award”, comments Nobel Laureate Gerhard Ertl.

Before joining the Max Planck Society and the University of Göttingen, he held a full Professorship in the Chemistry Department of the University of California at Santa Barbara. Both in the US and in Germany, Prof. Wodtke has done outstanding research on electronically nonadiabatic interactions in surface reactions, the importance of which has been demonstrated by dynamical studies that reveal the atomic scale motion involved in surface reactions. His “Dynamics at Surfaces” group co-located at the MPI for Multidisciplinary Science and the University of Göttingen has also developed improved measurement tools for obtaining reaction rates in surface chemistry, thus providing benchmarks for theory. Prof. Wodtke won numerous prizes and awards, among them the Presidential Young Investigator Award of the National Science Foundation (1989), a Sloan Research Fellowship and the Camille and Henry Dreyfus Teacher Scholar Award (both 1992), the Humboldt Research Award (1998) as well as the prestigious Alexander von Humboldt Professorship (2010).

“News of this award evoked emotions in me like no other. Prof. Ertl has been one of my scientific heroes for a long, long time. His work is known for its forefront nature and trustworthiness. It is extremely rare to see improvements made in areas he has worked. To have our work associated with his name is a profound honor and leaves me feeling very humbled”, says Prof. Wodtke.

The Ertl Lecture Award was established in 2008 by the three Berlin universities (Humboldt University, Technical University and Free University) and the Fritz-Haber-Institut of the Max Planck Society to commemorate the awarding of the Nobel Prize to Gerhard Ertl in 2007. The prize, which is sponsored by BASF, includes a one-week research stay at the participating Berlin institutions and a festive evening lecture. “Collaborations with academic partners have played a decisive role since our company was founded in 1865. Innovations require both excellent fundamental research and strong partners who can convert this knowledge into products and processes. It is therefore a great pleasure and an honor for us to present the Gerhard Ertl Lecture Award to Prof. Alec Wodtke, an outstanding scientist in his field,” said Dr. Detlef Kratz, President Group Research, BASF SE.

The award ceremony is currently scheduled to take place on Monday, 12 December 2022. Prof. Wodtke will give a lecture with the title “Progress toward building the world’s greatest microscope: Making ultrafast atomic scale movies of chemical reactions at surfaces”.