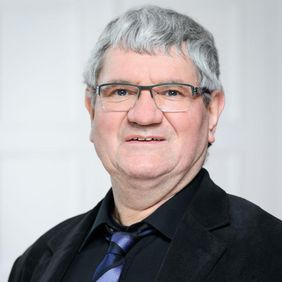 UniSysCat member Prof. Dr. Robert Schlögl, who is director at the Fritz-Haber-Institut der Max-Planck-Gesellschaft has been appointed the new President of the Alexander von Humboldt Foundation. Robert Schlögl was proposed as the new Foundation President by an international search committee with the unanimous approval of the Foundation Council. Federal Foreign Minister Annalena Baerbock appointed him to the new post this week for five years from 1 January 2023. He will replace the neurophysiologist Hans-Christian Pape, who has held the office since 2018 and whose term of office ends in 2023.

Robert Schlögl is an internationally renowned and networked scientist with a research focus on energy conversion processes and catalysts. As an expert on energy systems of the future and the complex challenges of the energy transition, he is also very experienced in policy advice and science communication. Robert Schlögel has had a long-standing relationship with the Alexander von Humboldt Foundation. He was a member of the Humboldt Research Award Committee from 2010 to 2019 and has himself been a scientific host to Foundation sponsorship recipients on several occasions.

Robert Schlögl is an honorary professor at the Technical University and the Humboldt University in Berlin and at the universities in Bochum and Duisburg-Essen. He has received numerous awards. He is Vice President of the National Academy of Sciences Leopoldina and a member of several other academies, including Fellow of the Royal Society in London. Schlögl was and is involved in three DFG-funded Clusters of Excellence and Collaborative Research Centres as well as numerous EU collaborative projects.

The Alexander von Humboldt Foundation is a non-profit foundation in Germany for the promotion of international cooperation in research. It promotes scientific cooperation between foreign and German researchers and supports the resulting scientific and cultural connections.