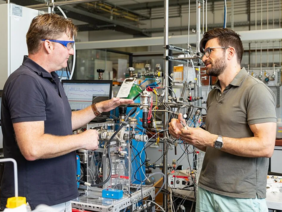 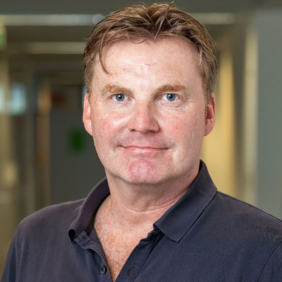 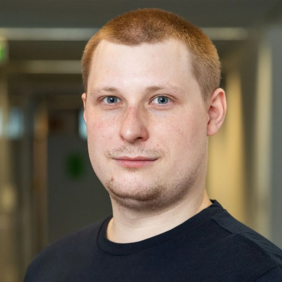 Sven Brückner, PhD student in the field of electrochemistry and electrocatalysis. © Felix Noack 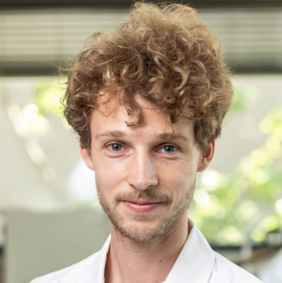 Malte Klingenhof, PhD student in the field of electrochemistry and electrocatalysis. © Felix Noack

The following article was taken from the website of the Technical University Berlin. The author of the German article is Sybille Nitsche from the press office of the TU Berlin.

Developing a new mass spectrometer in the lab of Peter Strasser

In 2012, a new DEMS generation was born on the second floor of the Technical Chemistry building at TU Berlin. The four letters stand for Differential Electrochemical Mass Spectrometer. The apparatus, which consists of a seemingly inextricable network of tubes and bottles, was designed by Dr. Jorge V. Ferreira. With it, the scientist observes molecules virtually during their electrocatalytic reaction with a temporal resolution in the millisecond range. This temporal resolution makes it possible to follow the entire course of the reaction, to explain the chemical reaction mechanism when converting electricity into gas (power-to-gas technology) or when converting electricity into liquid fuel (power-to-liquid technology). Moreover, it facilitates predictions of the behavior of catalyst materials. The data obtained are the basis for the development of new catalysts important for the energy transition. In the meantime, Jorge V. Ferreira has developed his laboratory version into a market-ready product and founded the start-up "LiquidLoop". The temporal resolution that DEMS delivers makes the device unique in the research landscape.

DEMS is the result of Jorge V. Ferreira's doctoral thesis, which he carried out with Prof. Dr. Peter Strasser, Head of the Department of Electrochemistry and Electrocatalysis at TU Berlin. “The device is essential for our research because we develop new catalysts on the basis of a deep understanding of their electrocatalytic mechanism - not on the principle of trial and error,” says Peter Strasser. Knowledge-based production, characterization and testing of new catalysts - that is the core business in the laboratory of his work group.

The age of renewable energy sources and a carbon neutral economy

The new discovered electrocatalysts are an important link in the chain to leave the fossil energy age behind and enter the age of renewable energy sources and a carbon-neutral economy. Peter Strasser has a clear picture of this: “What the fossil raw material refineries were in the 20th century, in which basic chemicals for industry and mobility were refined, will be electrolysers in the 21st century. Driven by electricity from wind, water and sun and with the help of catalysts, electrolysers convert water, CO2, biomass or nitrogen into chemical precursors for fuels as well as into raw and fine chemicals for consumer goods production, the pharmaceutical and fertilizer industries. The electrolysers are the e-refineries of the 21st century, ”explains Peter Strasser.

Green hydrogen: the energy carrier of the future

One of these electrolysers is the hydrogen electrolyser for research into water electrolysis and the production of green hydrogen. In water electrolysis, water is split into oxygen and hydrogen with the help of an electric current. Since the electricity for this process will only be obtained from wind, water and sun in the future, one also speaks of green hydrogen. Hydrogen is considered to be one of the energy carriers of the future. The water electrolyzer that Malte Klingenhof is investigating is unique. It was specially equipped for university operations: There is a test station for anion exchange membrane electrolysis (AEM) and acidic proton exchange membrane water electrolysis (PEM). The aim of PEM is to minimize the use of the rare and extremely expensive precious metal iridium as a catalyst. AEM is used to test newly developed precious metal-free catalysts on a larger scale.

Getting rid of CO2 using catalysis

Another important component is the CO2 electrolyser that Sven Brückner is working on. “We use it to oxidize water to oxygen at the anode and to reduce CO2 to pure carbon monoxide at the cathode. Although carbon monoxide is poisonous, it is used, for example, as an intermediate product in the manufacture of high-quality plastics and synthetic liquid fuels. The greenhouse gas CO2, which is produced in huge quantities during cement production, thus becomes a raw material, ”explains Brückner. When it comes to CO2 electrolysis, he also focuses on the catalysts. "Instead of precious metals, we use inexpensive nickel or cobalt-based catalysts."

Peter Strasser explains the relevance of his research: "In June 2020 the federal government of Germany passed its National Hydrogen Strategy, the aim of which is to industrialize and scale up the production of green hydrogen from renewable energies in Germany. Within the framework of this programme, our working group was able to acquire several consortium projects. Research into the electrocatalytic generation of green hydrogen, especially directly from seawater, will therefore have high priority for us. Our goal is to make water electrolysers more efficient and cost-effective in order to contribute to a hydrogen-based energy infrastructure, mobility and industry."

Sven Brückner is a PhD student in the field of electrochemistry and electrocatalysis and is working in the lab of Peter Strasser. "I focus on electrochemical CO2 reduction on an industrial scale. Therefore, a new test stand with a larger electrochemical cell was installed at the beginning of June 2021. My research shall enable the step from the laboratory to a possible industrial application. For this, we also need to advance catalyst research. Because we need catalysts that are stable. A catalyst used in a lab at a university that only lasts 100 hours is useless for industrial application."

Malte Klingenhof is also currently doing his PhD in the field of electrochemistry and electrocatalysis in the lab of Peter Strasser. "I use the water electrolyzer to test the activity of the catalysts that we make here in the laboratory for the oxygen evolution reaction and the hydrogen evolution reaction. Working on the device helped me to understand that not only the production of a catalyst and its application to a membrane are decisive for the electrochemical reaction in the water electrolyser, but the entire process management."