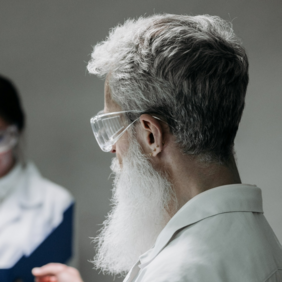 Will the laborious laboratory soon be superfluous? 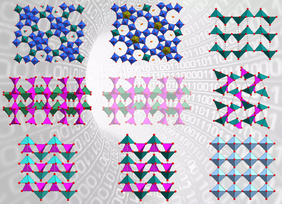 The search for new catalysts can be tedious. Quite many materials are tested for their functionality and performance in so-called screenings in the laboratory. That's why catalysis researchers dream of being able to predict the performance of catalysts. Modeling catalysts on the computer would save thousands of hours of hard laboratory work. Unfortunately, most catalysts are just far too complex to be modeled well by any of the current theoretical methods. Indeed, using first-principles approaches is literally impossible for most catalysts. The great hope now lies in the application of artificial intelligence (AI).

A team of researchers from the Novel Materials Discovery (NOMAD) laboratory and the Department of Inorganic Chemistry at the Fritz Haber Institute, together with researchers from the BasCat UniCat BASF JointLab at the TU Berlin, has now proposed a novel AI approach for modeling heterogeneous catalysis.

For modeling heterogeneous catalysis and finding new and more efficient catalytic materials, it is very important to identify the key descriptive parameters of a material. The current study shows how this is possible: the authors find so-called "materials genes". Like the genetic information in the DNA, which encodes the function of an organism, these materials genes map the crucial properties of a potential catalyst material: they can be used to identify those of all possible materials on which the search for high-performance catalysts should be focused.

To make a prediction, an AI needs to be trained on a data set. In the current study, the AI has been trained on a consistent experimental set of “clean data” containing nine vanadium-based oxidation catalysts. These materials were synthesized, fully characterized and tested according to standardized protocols. By applying the symbolic-regression SISSO approach, the materials genes were then found.

The new approach presented in the study is very promising. When it comes to the function of materials, such as their performance as catalysts, AI may well capture the behavior better than any theory of the past. The novel approach will not only enhance the physical understanding of material but also accelerate the discovery of improved materials for catalysis.