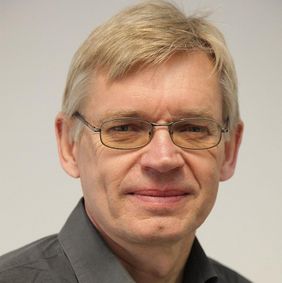 The 2021 Lasker Basic Medical Research Award goes to UniSysCat group leader Peter Hegemann (Humboldt-Universität zu Berlin) together with Dieter Oesterhelt (Max Planck Institute of Biochemistry) and Karl Deisseroth (Stanford University). With the prestigious award, the three researchers are honoured for "the discovery of light-sensitive microbial proteins that can activate or silence individual brain cells and for their use in developing optogenetics – a revolutionary technique for neuroscience". The Lasker Awards have been awarded annually to scientists who have made major contributions to the field of medical science. Ninety-five Lasker laureates have also received the Nobel Prize, including six in the last two years.

The idea of optogenetics is indeed fascinating: Controlling brain functions with the aid of light. The development of optogenetics, an approach that combines optics with genetics, paved the way for groundbreaking new applications in medicine. Behind the Lasker Award 2021, a scientific success story is hidden: In a first step, Dieter Oesterhelt discovered bacteriorhodopsin - rhodopsin in bacteria - a light-sensitive protein that pumps protons out of cells when illuminated. Peter Hegemann then found related channel proteins in single-celled algae. Finally, Karl Deisseroth employed these molecules to create light-triggered systems able to retrace the role of specific neurons in the brain. This revolutionary method - optogenetics - makes sensing visible. And the method is even more powerful: As a neuromodulation technique, optogenetics can be used to control neurons that have been genetically modified to express light-sensitive channel proteins. Hundreds of laboratories around the world are now using optogenetics to untangle the elaborate the networks underlying healthy physiology and neurological disease.

"I am extremely grateful to receive the 2021 Lasker Award. To share the prize with my early mentor Dieter Oesterhelt and my long-standing friend and collaborator Karl Deisseroth is a special source of joy." says Peter Hegemann in his acceptance speech.

The Lasker Awards program, the most prestigious biomedical research awards program in the USA, was created in 1945 by Albert and Mary Lasker to shine a spotlight on fundamental biological discoveries and clinical advances that improve human health, and to draw attention to the importance of public support of science. Lasker Medical Research Awardees are selected by a distinguished international jury chaired by Joseph L. Goldstein, recipient of the 1985 Lasker Award for Basic Medical Research and the Nobel Prize in Physiology or Medicine. Each of the awards is endowed with 250,000 US dollars.