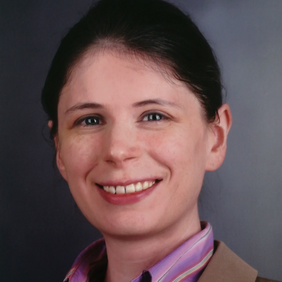 Since April 2020, Franziska Hess has been junior professor of „Chemical Catalysis“ at TU Berlin. Here, she investigates the activity and, more importantly, the loss of activity of certain catalysts. Her studies play an important role in predicting the long-term stability of catalysts – a property of catalysts that is very important for industrial applications.

Franziska Hess has been interviewed on her research by Christina Camier from TU Berlin. Prof. Hess explains why she is so fascinated about catalysis research and what are the principal questions driving her research.

What are your main research areas and interests? Are there any questions that particularly drive you?

A major focus of my research is the analysis and prediction of catalyst degradation, i.e. the loss of catalyst activity. This topic is particularly close to my heart, as the lack of long-term stability of catalysts is often a problem in technical implementation. The long-term stability is difficult to investigate experimentally, and there are no established methods for this at the theoretical level. In the long run, however, such methods are necessary to develop functional catalyst materials.

Can you give a well-known example where the long-term stability of a catalyst is particularly important?

The best-known example is the exhaust-gas catalytic converter in cars. Anyone who has been driving a car for a long time knows that at some point the car will no longer pass the emissions test and then the catalytic converter will have to be replaced. That will be expensive. In an industrial process, it's basically the same, only at bigger scale.

What was your most interesting or exciting research project?

The investigation of how foreign atoms accumulate or become poor on the surface when impurities are deliberately introduced into a semiconductor crystal in order to change the conductivity, the so-called segregation of doping, in electrodes of solid oxide fuel cells.

How does segregation take place, i.e. the accumulation of deposits? How long does such a process take?

In the fresh material, two different metal cations are homogeneously mixed in the electrode. Through segregation, one accumulates on the surface, just as fat deposits on the surface of a soup. Since the surface is actually the active component of the electrode, the enrichment, depending on the conditions, may lead to a clearly measurable reduction in the catalytic activity after just a few hours.

What essential insight did you gain from this?

Based on my findings, I have developed possible strategies to make the electrodes more durable. One possibility is to choose a material composition with a slight deficit of a metal. This will inhibit segregation and allow the electrode to last longer.

What is the function of the electrodes for the fuel cell?

The electrodes are used to activate the reactants, oxygen and hydrogen, which are used as fuel in the fuel cell, and to exchange electrons in the electrochemical reaction, from which electricity is then generated.

Are there any findings in your research that mark a turning point for you?

The point where I got interested in catalyst stability was when I was studying the electrochemical corrosion on the RuO2 (100) surface. Ruthenium with the element symbol Ru serves as a model catalyst for oxidation reactions and as an active electrode material for splitting water. Every day there was a new and unexpected result. This project showed me that a catalyst can undergo side reactions that destroy it in the long term, and that we need to find access to these reactions in order to improve catalyst materials.

Which side reactions can destroy the catalyst? What unwanted effects does this have for use in the chemical industry, for example?

In electrochemical water splitting, for example, a volatile molecule, RuO4, is formed, which causes the electrode to dissolve. This process is known as corrosion. In industrial processes, often only a thin layer of RuO2 is applied to a carrier material, since ruthenium is rare and expensive. Corrosion makes this layer thinner until it disappears completely at some point and then has to be replaced.

What are you currently working on?

I am currently working on a screening model that is able to predict stable catalyst materials for HCl oxidation in the Deacon process. The Deacon process is named after the English chemist Henry Deacon (1822–1876), who applied for a patent in 1868. Chlorine is produced by oxidizing hydrogen chloride with the chemical formula HCI with oxygen. The aqueous solution of hydrogen chloride, hydrochloric acid or simply hydrochloric acid, is better known.

What is your goal with the screening model?

The screening model serves to select some promising candidates from a wide range of possible catalysts that could be stable and active. By first making a preselection on the basis of theory, we save a lot of effort in later experimental testing of the candidates.

Do you have a life motto?

Is there a book you would like to recommend?

“Sternstunden der frühen Chemie” by Ernst F. Schwenk. What is interesting from my point of view is that early chemistry, also known as alchemy, was of course, on the one hand, a search for the philosopher's stone, but on the other hand it was essentially a means of sleight of hand. Many of these tricks can still be found today in our Christmas and show lectures. Chemistry as a science did not yet exist at that time. Alchemy followed fixed rules, but it was inexplicable: when I bring certain components together, sparks are created or the color changes. But nobody knew why that was so. Through selected biographies, the book describes the development of chemistry from a mystery to a modern science.

What would be different without Corona?

Because of Corona, you are thrown into the tasks of a junior professor. There is no course: “How do you become a professor?” My appointment for the written certification of the professorship has been postponed due to Corona, for example. And it's not so easy to speak to someone spontaneously. There is a lack of informal clues that can be found in a spontaneous conversation.

And what do your experiences show: How do you become a professor?

There is the Young Academics Network for junior research group leaders at the TU Berlin, in which junior professors, junior directors of DFG-funded projects and scholarship holders take part. Prof. Dr. Johannes Teichert, junior professor at the Institute for Chemistry, takes care of the network. We met in the beer garden in September 2020. This offers an opportunity for exchange. The group is made up of different leaders, but they all have similar problems. Otherwise you have to ask yourself.

What I particularly like about my work at TU Berlin is ...