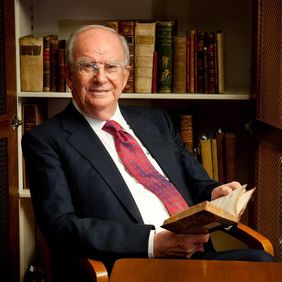 The team at UniSysCat is greatly saddened to learn about the death of Sir John Meurig Thomas, a highly regarded chemist and catalysis researcher. Professor Thomas died at age 87 on November 13, 2020. He was not only an esteemed member of the former UniCat scientific advisory board but also a wonderful person and colleague. We feel privileged to have known and worked with such an inspiring scientist.