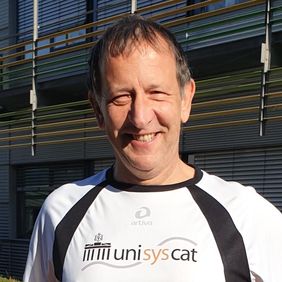 Markus Antonietti, member of UniSysCat, receives the 2020 Hermann Staudinger Award for excellence in macromolecular chemistry  from the German Chemical Society (Gesellschaft Deutscher Chemiker, GDCh). Antonietti studied at University of Mainz and earned his doctorate under supervision of Hans Sillescu in 1985. He stayed in Mainz for his Habilitation (finished in 1990) and, in 1991, took up a professorship at Philipps University of Marburg. In 1993 he moved to the MPI for Colloids and Interfaces where he was appointed Director for Colloid Chemistry. He is also a Professor at the University of Potsdam. Antonietti's current research deals with macromolecular systems in sustainable chemistry, i.e., for catalysis and electrocatalysis, for artificial photosynthesis, and for carbon sequestration and soil remediation. Antonietti is a member of the Editorial Board of Small and of the Executive Board of Wiley‐VCH's Macromolecular Journals.