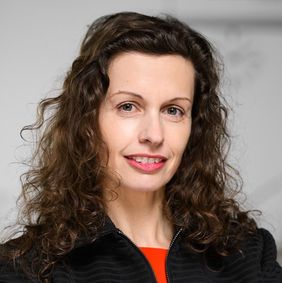 UniSysCat member Prof. Roldán Cuenya is the 2021 winner of the ISE-Elsevier Prize for Experimental Electrochemistry awarded annually by the International Society of Electrochemistry (ISE) and Elsevier. The prize honors her distinguished contributions in the field resulting from her excellent research on physical and chemical properties of nanostructures. Her research program bridges the gap between heterogeneous thermal catalysis and electrocatalysis using a surface science approach, augmented by advanced in situ and operando microscopy, spectroscopy and diffraction methods. Since 2017, Prof. Roldán Cuenya has been the Director of the Interface Science Department of the Fritz Haber Institute of the Max Planck Society in Berlin.

The nominations submitted to the ISE were evaluated by the Award Selection Committee chaired by Prof. Richard Nichols from the University of Liverpool, UK. The president of the ISE, Prof. Marc Koper from Leiden University, The Netherlands, congratulated Prof. Roldán on her achievement, which reflects her notable contributions to the development of the field of experimental electrochemistry. The prize consists of a certificate and the sum of 2000 Euro.

The ISE was founded in 1949 by leading European and American Electrochemists to serve the growing needs of electrochemistry in becoming a modern scientific discipline. ISE is a non-profit-making organization with its seat in Lausanne, Switzerland and is an associated organisation of IUPAC. Electrochimica Acta is the official journal of the ISE.