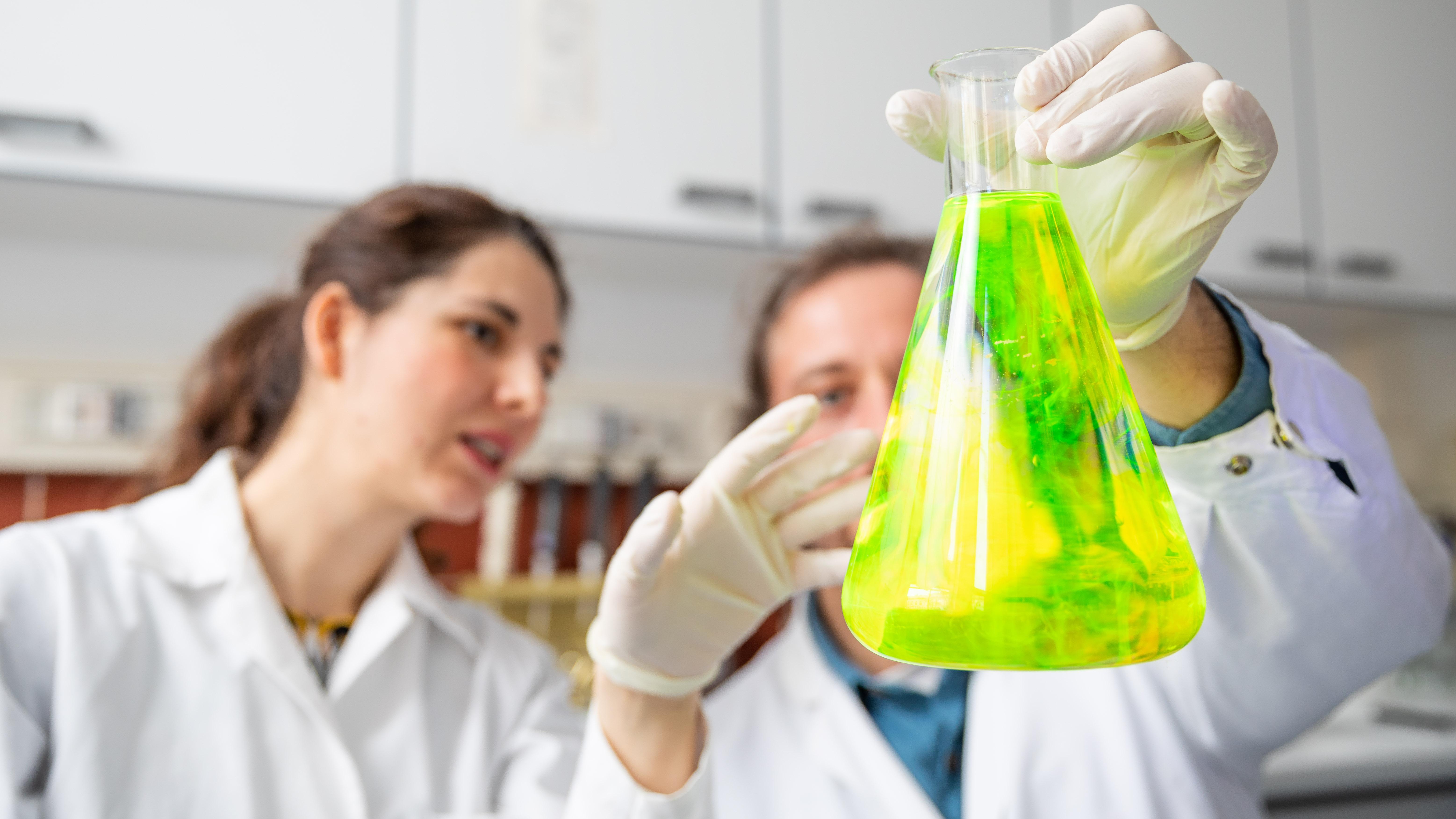 In a nutshell: It's a chemical process. It makes chemical reactions faster.

Catalysis is a key technology: 90% of all products we use everyday are produced employing catalytic processes. Without catalysis, human welfare would be in danger, humanity could no longer be fed! Fuels, dung, plastics, dyes, drugs - all these products are manufactured employing catalysis.

Yet, catalysis is not an artificial, human-engineered process. In nature, catalysis is ubiquitous: For example, photosynthesis - energy production by plants - is a catalytic process.

In Chinese language, the symbol for "catalyst" is the same as for "marriage broker". And that's pretty explanatory for what a catalyst does. It brings together chemical substances, so that they can react with each other.

Our life would be impossible without catalysis. However, many catalytic processes are very complex and not yet fully understood. In particular, the interplay of several catalysts in so-called catalytic networks is an active field of research. Understanding such networks is a demanding task!

But why do this complicated research? Catalysis is very interesting for future applications. For example, it may help to decelerate and limit climate change: CO2 is a lazy - or inert, as the chemist says - molecule, which means, it does not want to react with other chemical substances. It rather wants to stay as it is. As a result, CO2 accumulates in our atmosphere. Here, it is a greenhouse gas - one of the reasons of climate change! And right here, catalysis comes into play: Researchers try to find ways to reduce CO2 by making it react with other substances. To foster CO2 to react and change its structure, you need a suitable catalyst. Once CO2 has changed or been converted, it cannot longer act as greenhouse gas. A wonderfully sustainable strategy against climate change!

CO2 reduction is only one example of the manifold applications of catalysis. There are many more examples in chemistry, medicine, industry... That's why biologists, chemists as well as physicists are eager to learn more about catalysis. However, these groups of researchers typically do not work together - and that's what we want to change. We want to revolutionize catalysis!

For me, everytime seemingly impossible things are made possible, catalysis is at play.
Roderich Süßmuth, professor of chemistry at TU Berlin

We eat nitrogen with our food. Every second nitrogen atom in our body comes from a catalytic process: the Haber-Bosch process.
Robert Schlögl, director at FHI Berlin