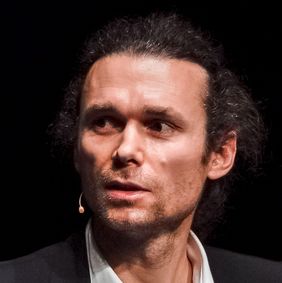 They are not only in our cars, but also in our thinking: Fossil Resources, Modern Life and how to get postfosssil

Energy transition and climate change are the challenges of the present. Science, politics, technology and industry are working on the post-fossil world. But do we know what we're leaving behind? Would the modern epoch be even conceivable without fossil ressources? And what is the role of catalysis in this process?

Dr. Benjamin Steininger, researcher at the Cluster of Excellence UniSysCat and at the Max Planck Institute for the History of Science Berlin, explains in an interview for the National Geographic that we first must understand the era's dependence on fossil resources in order to emancipate society from them and build an alternative future.

Coal, gas and oil have seeped much deeper into our lives over the last 200 years than we think. Not only do they shape our lives practically, as fuels for engines or power plants, they also shape how we do research, what we know, what we want and what we think. Concepts of freedom and prosperity, of permanent innovation, of free science are based on fossil energy sources just like nylon, pharmaceuticals or artificial fertilizers.

The chemical industry, and especially catalysis, plays an often overlooked and ambivalent key role in this field. Raw materials such as coal and oil are only factors in modern history because they are embedded in a whole bundle of chemical sciences, techniques and industries. Only some kind of internal, molecular mobilisation turns raw materials into industrial products, which then drive a type of history never seen before: as fuels or plastics, as artificial fertilisers or pharmaceuticals. In the ecological crisis of the Anthropocene we see the threatening side of this history.

But catalysis is also central as a factor in breaking away from the existing energy regime, to develop elegant, economical reactions, to store energy not in clumsy accumulators but in chemical molecules, in a hydrogen industry. In this way, catalysis science can help to save the political and social standards to which we have become accustomed in fossil modernity, and which we urgently need for the further development of our society, into a post-fossil world.